Hospitality Sector in Qatar Expected to Reach $1.6 Billion by 2022

Related articles
A Festive Season to Remember at Al Areen Palace & Spa by Accor
All about Go Card from BPTC
Bahrain Approves Use of Oral COVID-19 Antiviral, Paxlovid

After the World Cup, Doha plans to invest $45 billion in tourism with the goal of roughly doubling the industry's GDP contribution.

According to a recent report by Alpen Capital, Qatar's travel and tourist expenditure revenues reached $16.5 billion in 2021.

According to Alpen Capital's "GCC Hospitality Industry" research, Qatar has experienced the greatest growth in the number of hotel rooms among the Gulf Cooperation Council (GCC) nations, with a CAGR of 10.1% between 2016 and 2021. 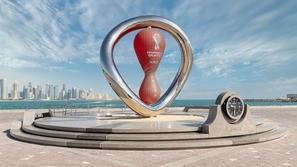 Read More: All You Need to Know About West Bay

Doha "demonstrated perseverance" and added over 10,243 hotel rooms in just 2020 and 2021, despite the challenging economic conditions.

As of last year, 4.5% of all hotel rooms in the GCC region were reportedly occupied by the country.

In preparation for hosting the FIFA World Cup in 2022, Qatar is currently working on a number of great projects.

13,300 hotel rooms are anticipated in Qatar for 2022, with four- and five-star accommodations accounting for 80% of that total.

It is expected that the strong increase in supply will pull occupancy rates downward after the main athletic event in December. However, the increased visibility brought on by hosting the event, the creation of considerable tourism infrastructure, the easing of the blockade, and the rebound in international travel are all anticipated to assist Qatar's tourism sector's growth prospects.

Doha hopes to build on its success of hosting the World Cup 22 by organizing a number of corporate forums and conferences as it attempts to market itself as a commercial powerhouse in the GCC. 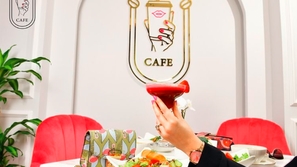 According to the CEO of Qatar 2022, Qatar has always been a regional sports superpower

Separately, an estimate by Alpen Capital projects that Qatar's hospitality sector will grow by 59.8% year over year (y-o-y) to reach $1.6 billion in 2022.

This can be partially attributable to the nation hosting the FIFA World Cup expecting to welcome an estimated 1.4 million tourists, a 325.5% increase in tourist arrivals over the previous year. This will probably result in increased revenue growth for the hospitality industry.

Qatar has been quickly developing its hotel sector to meet the increase in guests by adding 105 new hotels to its portfolio of assets as well as various inventive temporary lodgings (fan villages and camping by the desert), including 16 floating hotels with a capacity of over 1,600 rooms.

Qatar wants to establish itself as a major sports hub. Doha has launched a marketing campaign targeting at 17 visitor source markets in an effort to enhance tourism's contribution to the nation's GDP to 10% by 2030 and bring in six million visitors annually.

After the World Cup, Doha plans to invest $45 billion in the tourism industry and, with the assistance of investments from relevant organizations and the government, aims to roughly treble tourism's GDP contribution over the following 16 years, according to Alpen Capital.