The Great Katara Mosque (Blue Mosque), one of the numerous attractions of the Katara Cultural Village, has always been a center of attention, but now even more so among the non-Muslim visitors who are curious at every call to prayer to see Muslims as they do the ritual prayer. Many people have been taking souvenir shots in the mosque's courtyard.

The FIFA World Cup Qatar 2022 has attracted thousands of tourists daily to the Katara Cultural Village, which has organized hundreds of art, culture, and entertainment events. 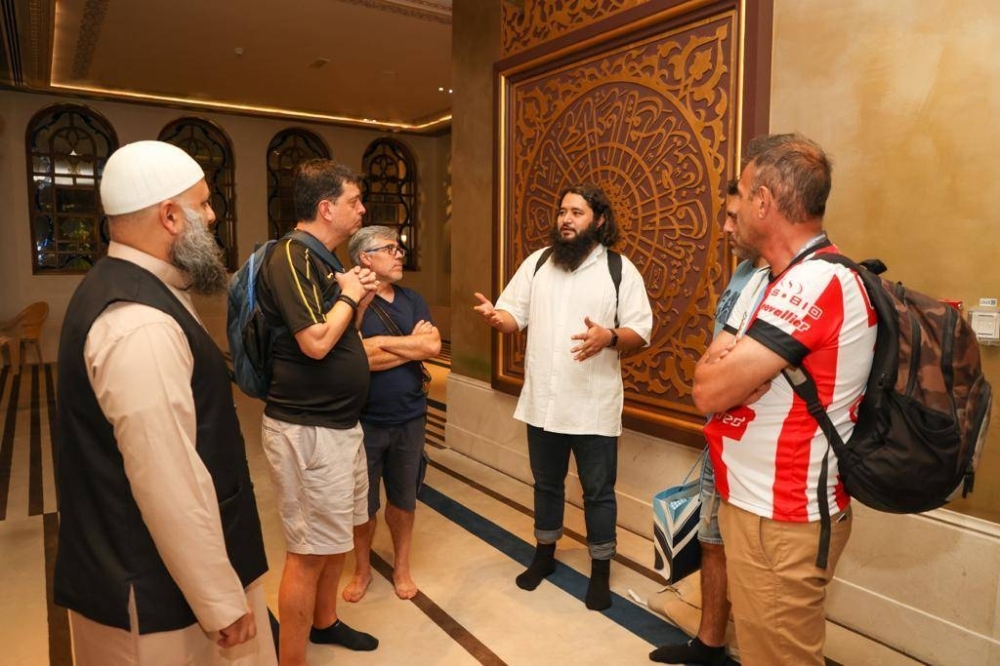 Near the mosque, the Katara Cultural Village Foundation has set up a lounge with the message, "Ask me about women in Qatar." Foreign women tourists are welcome to sit down, enjoy tea or coffee, and learn about social life in Qatar from the volunteers who are there to answer their questions at the reception.

The purpose of setting up this area close to the mosque, according to volunteer Umm Ahmed, is to introduce visitors to Qatari culture through dress, food, and drink as well as customs and traditions. The majority of these visitors' inquiries concern marriage customs and family dynamics in Qatar. Their social questions mostly center on the life of a Muslim according to Islamic principles. Many tourists acknowledge that their perception of Islam and Muslims was clouded by a great deal of unjustifiable prejudice, but being in Qatar has helped them modify their perceptions 180 degrees.

There are representatives from the Qatar Guest Center and preachers waiting to explain Islam to the Eid Charity Foundation at the mosque's entrance. Non-Muslims are welcome, and they provide information about the mosque in response to their questions. In order for individuals to experience the atmosphere within a mosque, they also arrange their entry inside the building following prayers.

Considering that the mosque is the gateway to Islamic culture and that by responding to visitors' questions, the Qatar Guests Center for Introducing Islam of the Eid Charitable Foundation offers the "mosque tourism" event for non-Muslim foreigners, Muhammad Saber, the department's supervisor, said that by doing so, visitors can get the right impression of Islam. His Eminence, Islam, and at the women's door, there are volunteers who can converse in eight to ten different languages, enabling them to engage with guests and expose them to our Islamic culture, the foundation of which is the mosque.